The story goes back to 1847, from this year began Krijntje de Koning on this farm with the preparation of cheese; raw milk farmer’s cheese made from fresh milk from our own cows according to the traditional farmer’s cheese recipe.

Now five generations later, we are still doing this in the same way. We are proud of this! Today there are still a maximum of 100 farmers in the Netherlands who still make real farmer’s cheese from raw milk. Of these, a maximum of 10 are organic, like us.

The special thing about Boerenkaas is the raw milk aspect. All the tasty things that nature gives us become part of the cheese, resulting in great flavors that can vary per season. The fresh milk used for cheese making provides cheese with its own character. The time of the year, the weather, the ration of the cows, cows inside or outside, the cheese maker, everything affects the taste of the cheese.

Krijntje de Koning, not a full family (niece), does not count in the generation. 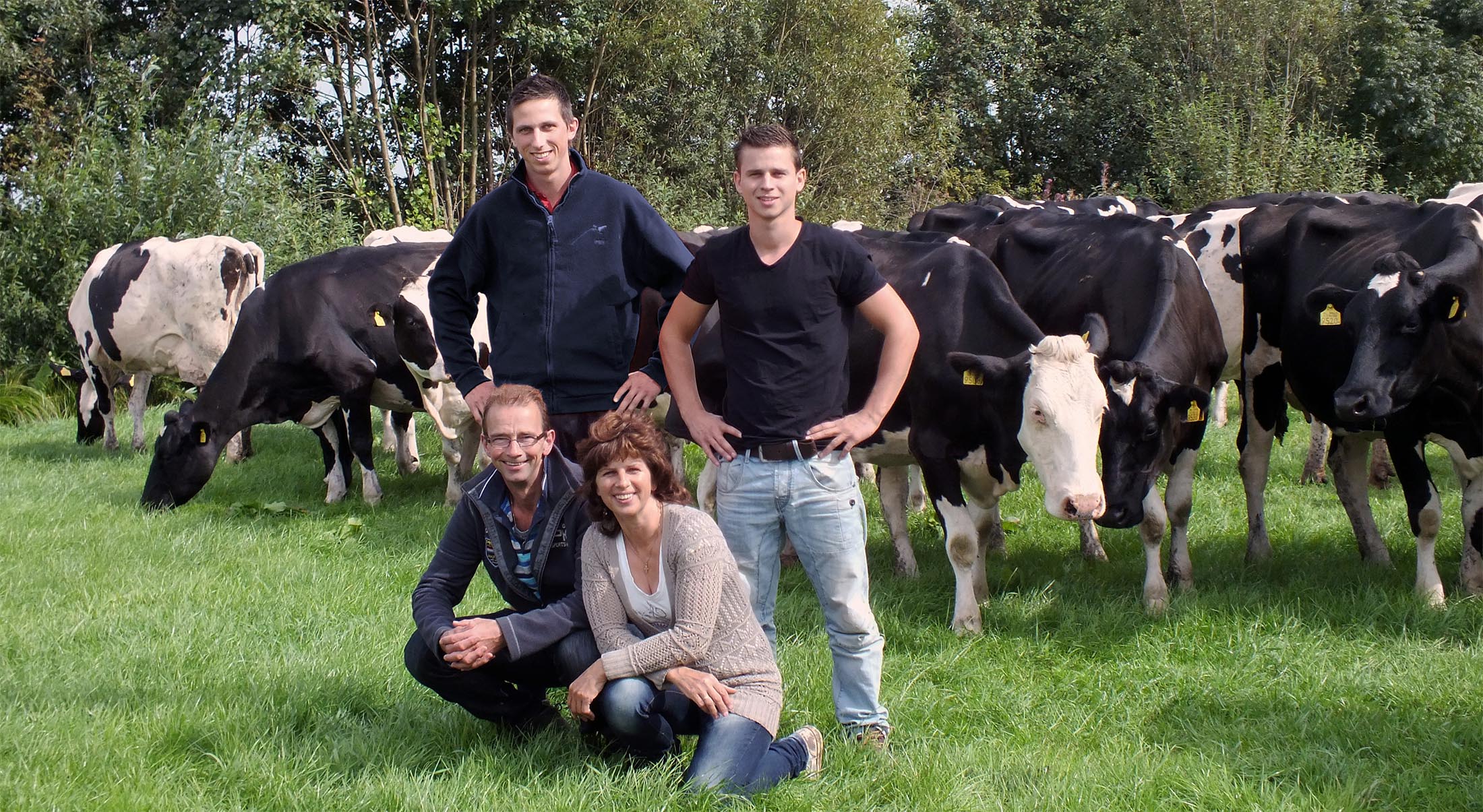 We choose to run our company organically. We believe that sustainable and responsible entrepreneurship does not have to be at the expense of a well-invested sandwich. We choose to have our cows graze in the pasture for most of the year. A happy cow generally likes to go outside. The stables are equipped with LED lighting and pesticides are absolutely not used. We actively participate in meadow bird management every year and conclude ‘let mowing contracts’ to protect the polder life. Through these measures we see our country changing from a mono culture to land with a great diversity of flowers, grass and clover.

An average of 50 cows are milked with us, which is relatively little. Bigger is certainly not always better. We have deliberately chosen to become big by staying small and specializing. Quality is our priority and it will stay that way.

As a farmer we have the responsibility to make a healthy end product which satisfies our high standards. In cooperation with nature we use our land instead of exhausting it. In a time of intensivating and increasing scale we notice there’s also room for qualitative high-grade biological products. We lead our farm with passion and healthy common sense.

By keeping the focus on quality instead of quantity in the future, we remain distinctive towards the future. We will also keep our business operations open to visitors, customers, farm education and tourism. Not only to maintain support towards the future, but also to remain accessible and to share knowledge with the people around us. Craft can never be lost.

The sale of our cheese

In addition to the cheese we sell on the farm in our cozy shop, there is also a share of cheese specialty shops / specialists in the Randstad. Our self-developed specialties, including the Ruygentaler and Walnut cheese, are popular here. About half of the total production goes through the Dutch border for export. 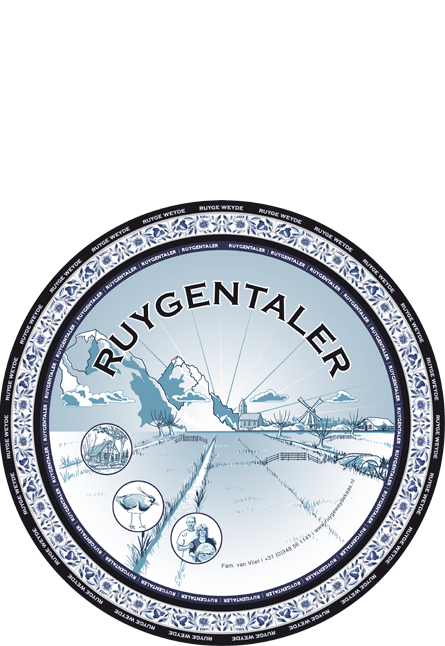